The Gulf Coast Chapter from Lake Charles, Louisiana, reached an impressive milestone at its annual banquet on Sept. 14, 2017.

With net proceeds from that evening of more than $170,000, Gulf Coast topped more than $1 million raised for Delta Waterfowl. Established in 2003, the chapter has grown to become a powerful force for Delta, especially in recent years. Gulf Coast has ranked first in membership among all Delta chapters for the past four years, and raised the most money of any chapter in 2016 and 2017. 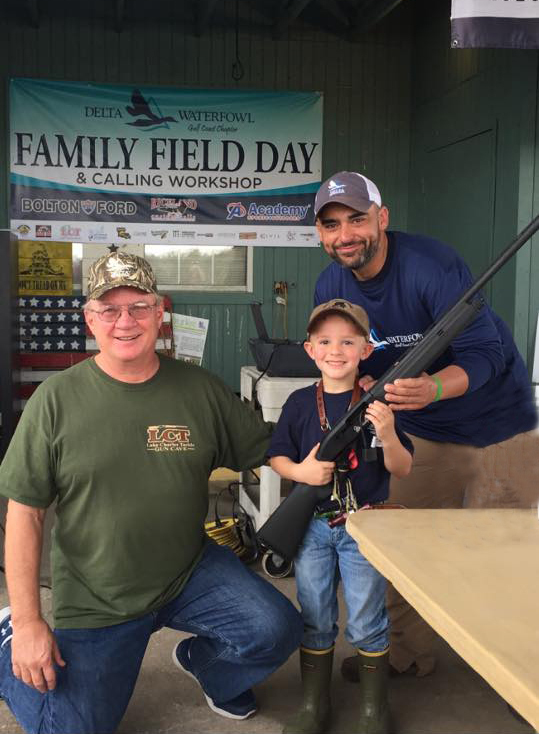 “The executive committee has great drive and passion for Delta Waterfowl’s mission,” said Bryan Leach, senior regional director for Delta’s Louisiana chapters. “They are very organized and goal-oriented, and they have a big committee of 25 men and women who really help out wherever it’s needed.”

Even more impressive: The Gulf Coast Chapter is not a one-night-a-year wonder. In addition to an exceptional banquet, the chapter puts on four community events annually, including a sponsor hunt, youth hunt, Hunt for Heroes event, and a family field day and calling workshop.

“They are one of the most active Delta Waterfowl chapters in North America,” Leach said. “They are just a great bunch of folks who really take pride in this chapter.”

Two founding members who recently passed away, David Kestel and Billy Hardeman, were instrumental in growing the chapter early in its history, according to Leach.

“Kestel was chairman for most of the first 10 years, and he loved Delta and really pushed to grow the banquet,” Leach said. “Mr. Billy (Hardeman) really helped sell tables and spread the word about Delta. We are so grateful for both of their efforts over the years that led us to where we are today.”

“Delta’s Gulf Coast Chapter has set a shining example of how to host spectacular fundraising events in support of waterfowl and wetland conservation, important research, and hunter recruitment and advocacy,” said Dr. Scott Petrie, chief executive officer of Delta Waterfowl. “It gives me great pleasure to congratulate these hard-working volunteers, as well as the members, donors and banquet sponsors who have contributed to earn the chapter entry into Delta’s ‘Million Dollar Club.’ Thank you for your efforts. You have contributed greatly to our ability to increase waterfowl populations and ensure the tradition of duck hunting endures long into the future.” — Paul Wait