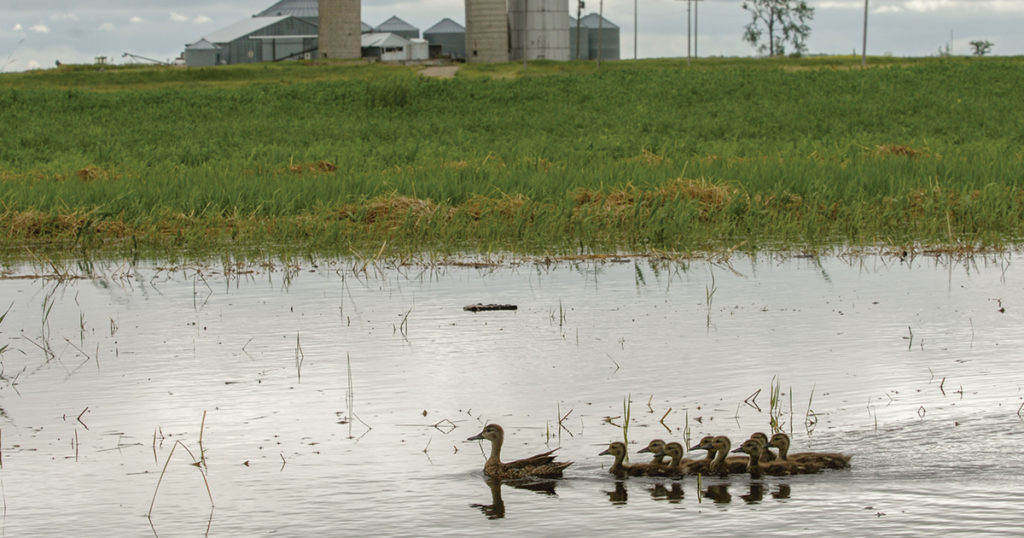 Given that 90 percent of duck production occurs on private land, Delta Waterfowl believes that working with landowners is the key to addressing large-scale habitat challenges on the breeding grounds. Delta has researched and pioneered a voluntary, incentive-based approach to conserving the most essential — and threatened — breeding duck habitats: small wetlands and upland nesting cover.

After years of demonstrating the capabilities of this habitat strategy to work for both ducks and the agriculture community, the Delta model was recently adopted in the United States and Canada.

Delta Waterfowl’s Working Wetlands, an innovative habitat initiative that focuses on protecting the best duck-producing wetlands, was included in the 2018 U.S. Farm Bill.

Launched as a pilot program in 2015, Delta’s Working Wetlands has annually conserved 9,500 of North Dakota’s most vital temporary and seasonal wetlands — small, shallow ponds that provide essential invertebrates to nesting hens and ducklings, but that are also at highest risk of drainage. An astonishing 93,500 acres of these wetlands were lost from 1997 to 2009, and millions of wetland basins remain at risk within the U.S. prairie pothole region, according to the U.S. Fish and Wildlife Service. Working with agricultural and conservation leaders in North Dakota, Delta designed Working Wetlands to provide fair compensation to farmers to conserve critical, duck-producing ponds.

Delta Waterfowl’s advocacy efforts have resulted in a commitment by the Manitoba government to secure 90 percent of the province’s ephemeral and temporary wetlands — those most threatened and of highest importance to nesting ducks. To achieve this historic feat, Manitoba’s provincial government worked directly with Delta to create a new voluntary, incentive-based program called Growing Outcomes in Watersheds (GROW).