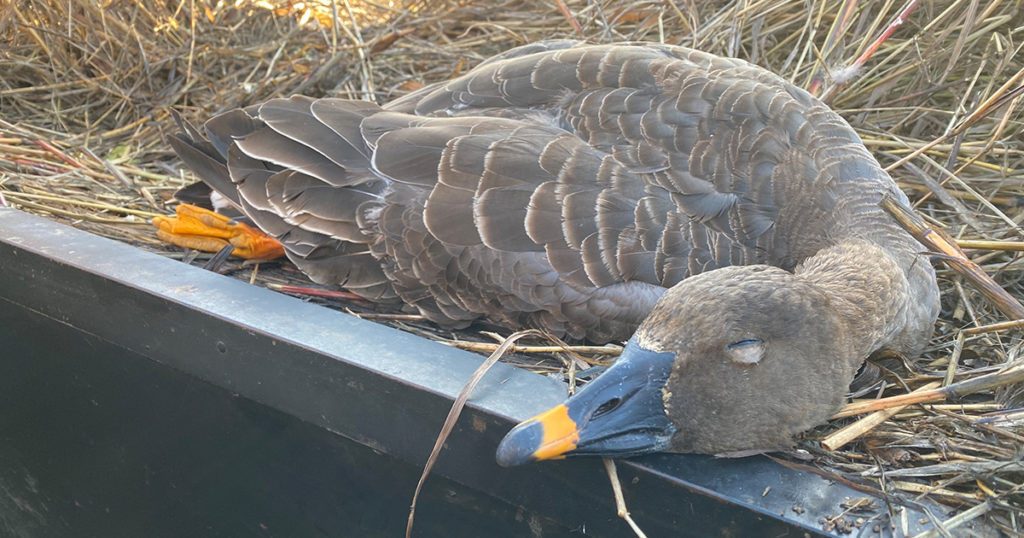 It was one of those cool, bright January mornings when plenty of birds are flying to entertain hunters, but few descend below the stratosphere. Snows and white-fronted geese poured by the hundreds over the blue skies of California’s northern Sacramento Valley.

“I’m pretty sure the geese were wearing oxygen masks,” quipped Jeff Adams, Pacific Flyway regional director for Delta Waterfowl. “Then what looked like six specklebellies finally dropped low enough to glance at the decoys, and four peeled off.” 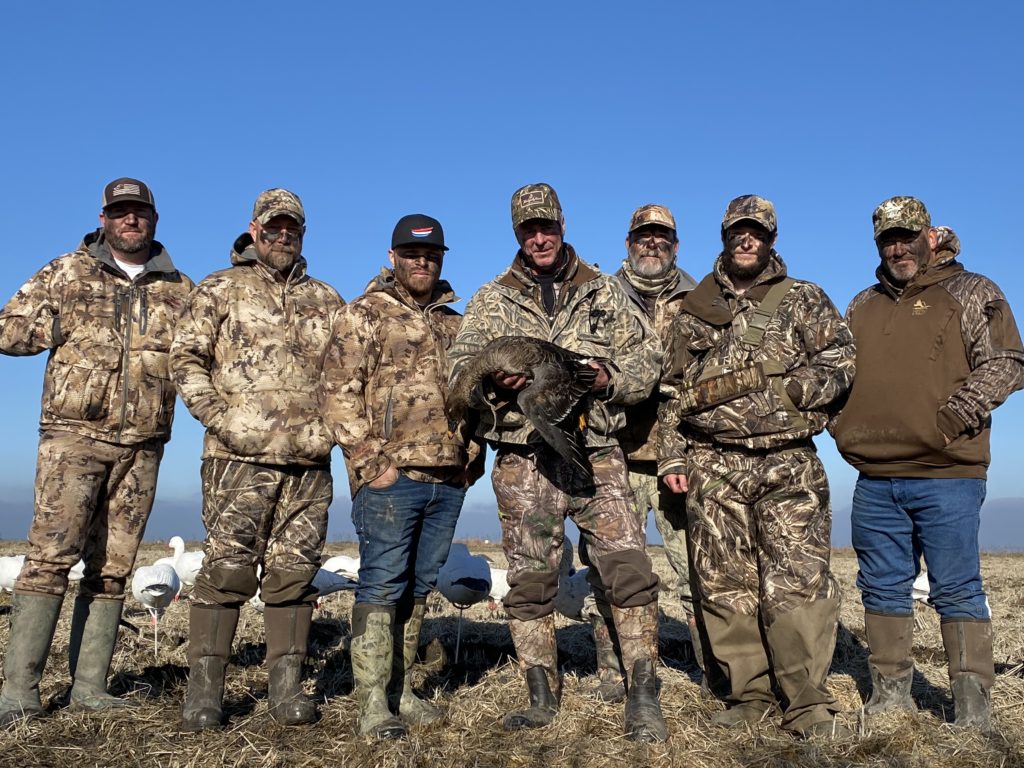 The birds were precisely why Delta Waterfowl member Jeff Klein, who’d won the hunt at the Salt Lake Chapter of Delta Waterfowl’s events banquet in February 2019, had flown from Utah. The owner of a construction business, he’s dreamed of bagging a well-barred whitefront, and invited Adams, five Delta volunteers and his nephew to tag along.

“We thought about giving the specks one more pass, but you know how geese are — if they see something they don’t like, they might be gone,” Klein said. “The guide called the shot on the two lowest geese.”

Klein made a spectacular shot, toppling one of the geese to the dry rice field. However, elation quickly turned to puzzlement when the guide paused while retrieving the goose to study it at length.

“He said, ‘I’ve never seen anything like this but my best guess is it’s a bean goose,’” Klein said. “Other guys started looking stuff up on their phones and sure enough that’s what it was. The internet blew up. Everyone was asking, ‘Could it really be?’ Even a curious federal game warden asked for more pictures.”

Bean geese breed in northern Europe and Asia, but occasionally wander into North America, particularly Alaska. They’ve been documented visitors of Canada, southern California’s Salton Sea, and interestingly, Iowa. Klein speculates that at least one other bean goose was in the flock, while others were likely specklebellies.

“Everybody was stoked, because it was just the goose of a lifetime,” he said. “I said if it was the only bird we got, which it ended up being, I’d still feel great about the hunt.”

An accomplished taxidermist, Klein is in the process of mounting the special goose, which he’s determined to be a juvenile bird based on its ample pinfeathers.

“A specklebelly is still on my bucket list,” he said. “But the bean goose was a gift from God — something most people never see, and that I never will again.” — Kyle Wintersteen