Skip to content
Previous Next
Where Ducks Nest Affects Production 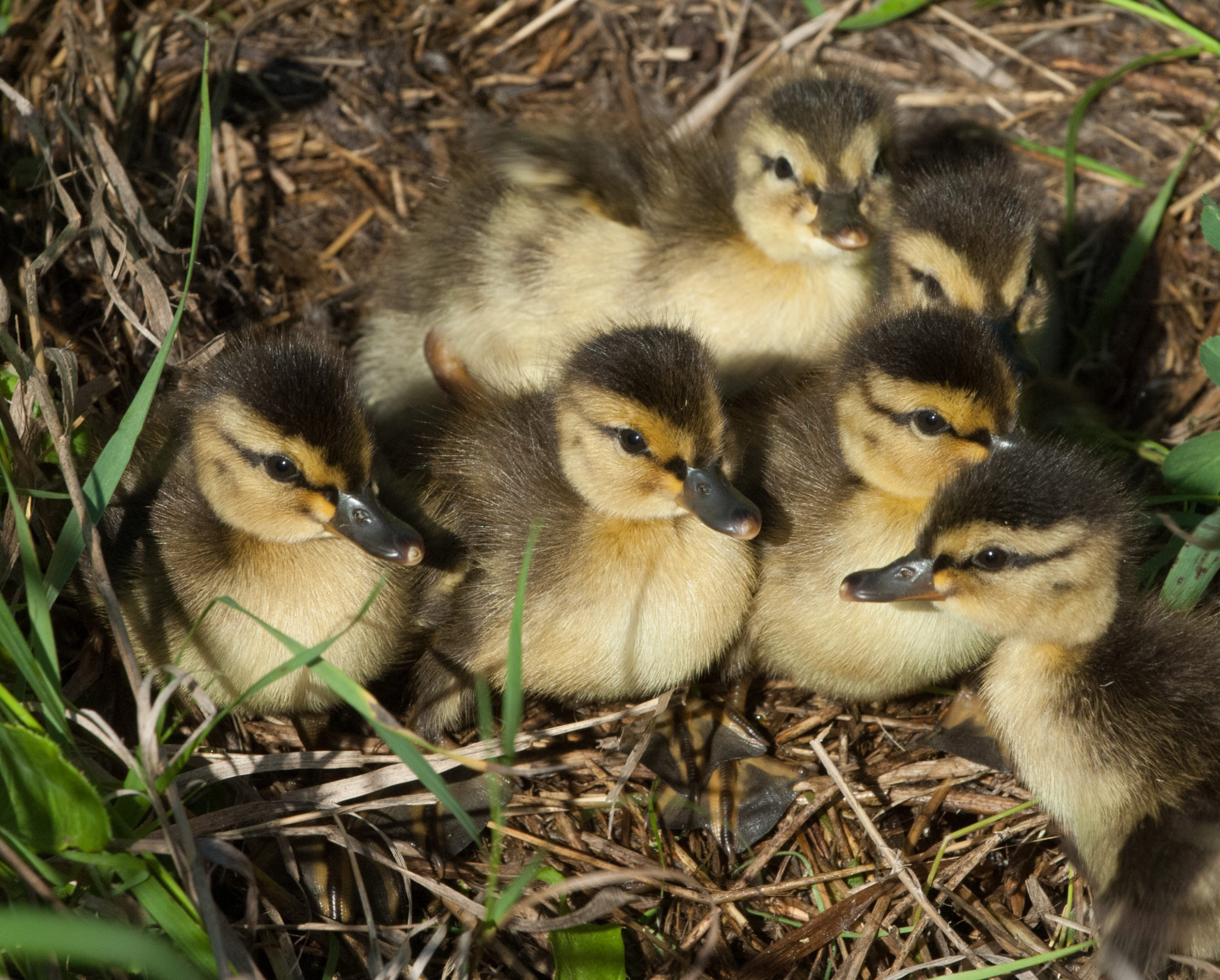 Why are bluewings booming and pintail numbers lagging? The regional preferences of nesting ducks helps explain why some are achieving higher production.

The number of ducks in the fall flight in any given year relies primarily on the conditions and occurrences the birds encounter on the breeding grounds. The science clearly shows that nest success, hen summer survival, duckling survival and other events of the three-month breeding season are 10 times more important to duck population growth or decline as anything that happens during the other nine months of the year — including hunting season.

Nearly all of the duck species popular with hunters breed in the northern tier of U.S. prairie states, Alaska and Canada. It’s an enormous area that’s broken into important breeding regions. These include the prairie pothole region, which is subclassified as the prairies region and the Canadian parklands region; the boreal forest, which roughly covers the northern half of Canada and the majority of Alaska; the eastern forest in eastern Canada and New England, which includes a mix of agriculture, closed forest, beaver wetlands and other habitats; and the Arctic region north of the boreal forest, of which the river deltas are most productive for waterfowl, particularly arctic geese and marine duck species.

Across the breeding regions, various species of ducks each have preferred nesting locations. These are known as core breeding ranges. Even within these cores, habitat conditions, the availability of water and predation levels will vary. The number of birds in the fall flight will depend on exactly where the majority of a species decides to land, nest and rear their broods.

Delta Waterfowl president Dr. Frank Rohwer says that breeding habits and varying levels of adaptability are also important factors in forecasting the populations of individual duck species. Each species has idiosyncrasies that dramatically impact nesting success in any given year.

Rohwer provided the following commentaries on the habits and adaptability of groups of species popular with hunters: 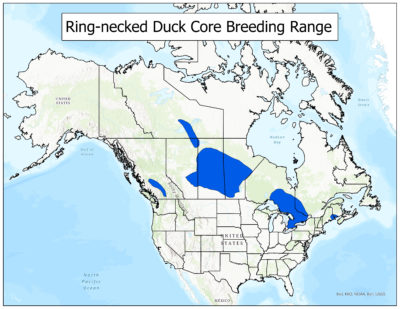 “Ringnecks were traditionally in the boreal, but they have a population that’s done nothing but expand. In fact, they are expanding geographically into the parklands. Ringnecks are an over-water nester, but scaup [to which ringnecks are closely related] are typically upland nesters. I think that’s why scaup are doing lousy up in the boreal. They get the short end of the deal as we get climate change and predator populations become higher. Overall, scaup are getting hammered in the uplands and ringnecks are doing very well nesting over water.” 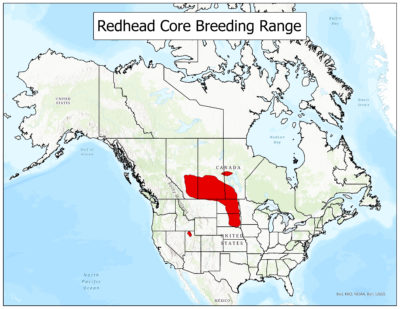 “Canvasbacks have zero flexibility. They do the same things year in and year out. They go to the same wetlands. They nest over water, but do not adapt to nesting structures.

When it comes to adaptability, redheads are more akin to mallards, and they will do the same thing as bluewings as far as settling. They will settle from south to north, and they are less picky about habitat. They are dirt common in South Dakota and North Dakota in a wet year.

Canvasbacks just won’t pioneer like that — even in a wet year they will overfly the Dakotas to get to Manitoba and Saskatchewan. It’s kind of cool to see that dramatic difference between two species that are closely related.

When we put up nesting structures in the parklands, we find that next to mallards, redheads are the most abundant ducks using Hen Houses. That just shows their adaptability. We’ve never found a canvasback in a Hen House, but we’ve found plenty of redheads.

Down in the Dakotas, most redheads nest over water, but it’s not uncommon to find one out nesting in the uplands like a scaup. They do different things. They mix it up. In the parklands, they even lay early eggs in canvasback nests, so they are truly one of the most adaptable ducks.” 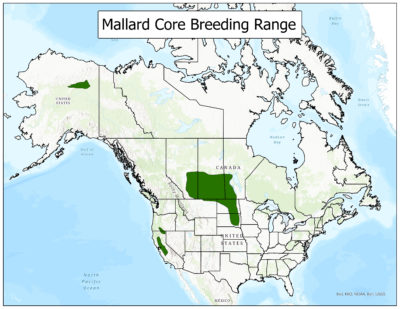 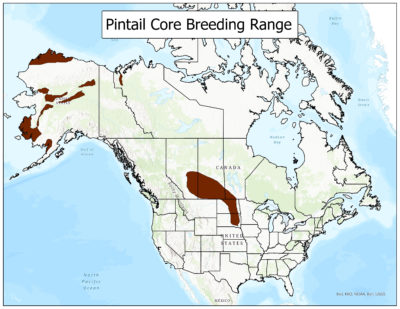 “Pintails’ first choice is to stay in the prairies. If the prairies are wet, they are there. But if the prairies are dry, they will do these amazing overflights all the way to the Arctic. We know that when they do that, they are significantly less productive. We are pretty sure that by the time they make that extra flight over the boreal forest and then used their stored reserves for nesting in the Arctic, it’s a one and done deal. In the Arctic they get one chance at nesting. If they fail, they’re done. In contrast, in the prairies, pintails are not bad at renesting. They’ll renest at least once and often twice depending on the wetland conditions.

Mallards are just crazy universally adaptable when it comes to nesting — by far the most adaptable duck on the planet. They will shift nesting sites to whatever is the most advantageous. In the parklands, mallards used to all nest in the uplands, but given the terrible nesting success we now find in the uplands, they’re making major shifts to nesting over water. And, of course, they are the only duck we have that routinely jumps into Hen Houses. Additionally, mallards have the broadest nesting range, so overall, their population is less susceptible to poor conditions in any one area. Finally, mallards are the king of renesting — they sometimes produce as many as six or seven clutches in an attempt to get a nest to hatch.” 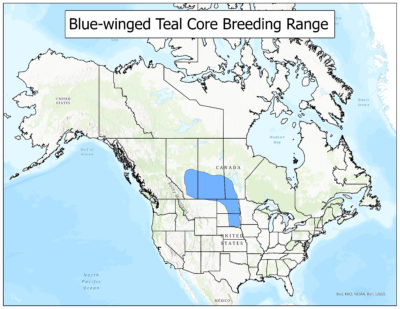 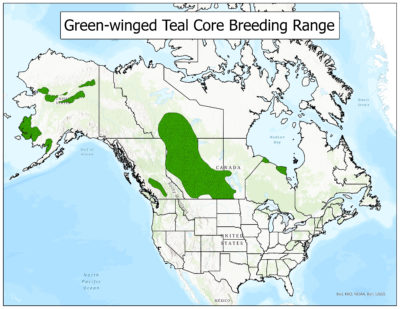 “Blue-winged teal settle from south to north. By and large, if a bluewing sees good habitat, it will settle down and nest. In a year when the Dakotas are wet, like this one, that’s really good news. They settled in North and South Dakota in record numbers, and took the biggest jump in North Dakota of any of the duck species. Had they gone on to Saskatchewan, they would have found much drier conditions and not fared as well.

The surprising thing about bluewings is they don’t tend to show much renesting even though we don’t think of them as a long-lived duck. You would think they would renest like crazy, but because they migrate so early, they can’t afford to renest four times like a mallard. They have to be ready to hit the road in late August or September and be in good condition to make it to traditional wintering areas like the Gulf Coast and points south.

Green-winged teal are just totally consistent because they breed in the parkland and boreal, so they have this extremely stable breeding habit. The other thing about greenwings is they are the most attentive females you’ll ever find. On the prairies, I’ve passed over greenwings while nest searching, gone down the trail, flipped around, come back up the same trail, stopped to check another nest and found I was parked over a greenwing on her nest. That meant I straddled her twice — once on the way down and again on the way back. They are just incredibly attentive of the nest, and I think that’s part of their success.”

Year in and year out, we’re going to see good green-winged teal production because they breed where there’s stable water. They nest in the boreal forest in low density, but the boreal is so vast that even when they nest at four pairs per square mile, they’re going to produce lots of ducks! And they are even more abundant in the parklands.” 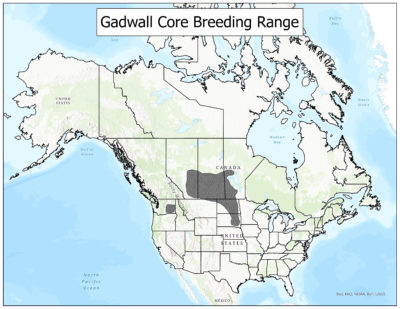 “Gadwall and wigeon do a lot of the same things. They tend to be prairie ducks, and not as abundant in the parkland. Both of them are later nesters for reasons we don’t quite get, and both of them have done really well when we increased cover conservation programs.

CRP was a major boon for gadwalls. We had an incredible bump in gadwall numbers when we had CRP acreage hit its peak, and we had fox out of the system because of the mange. Those conditions, coupled with great water, led to a perfect storm for gadwalls, and their numbers skyrocketed. You get wet in the Dakotas, and you’re going to have a lot of gadwalls.

Unfortunately, the heart of the wigeon’s breeding range is a bit more north and west up in the Canadian prairies, where they don’t get the benefit of CRP and the water has been more scarce.” 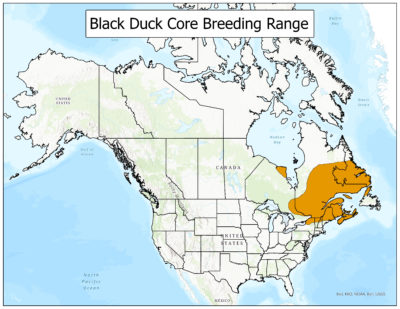 “Black ducks are still hanging on and doing okay. They are doing much better farther east. They used to be common in Ontario, but now they’ve become very scarce. Yet overall, they are doing better than I thought they’d be in 2020. In the old days, we thought black ducks would be hybridized by mallards out of existence, but they seem to do much better than mallards in that maritime habitat of eastern Canada and the Atlantic Coast.

As far as breeding areas, it’s a real mixed bag. They’ll go into beaver ponds, and they’ll go into coastal marshes. They’ll nest near either saltwater or freshwater. When I was a kid growing up in Maryland, that was the only nesting duck I ever found, and most of them were more adaptable than you might expect. They weren’t nesting at the edge of the marsh where they would get hammered by the incredible abundance of racoons — they were nesting in duck blinds. They were kind of using artificial structures. I later discovered that’s exactly what research folks working in Maryland also found. The blinds turned out to be black ducks’ enemy in the fall, but where they were using them to reproduce in the spring and the summer!”