Skip to content
Previous Next
Pattern Density vs. High Velocity 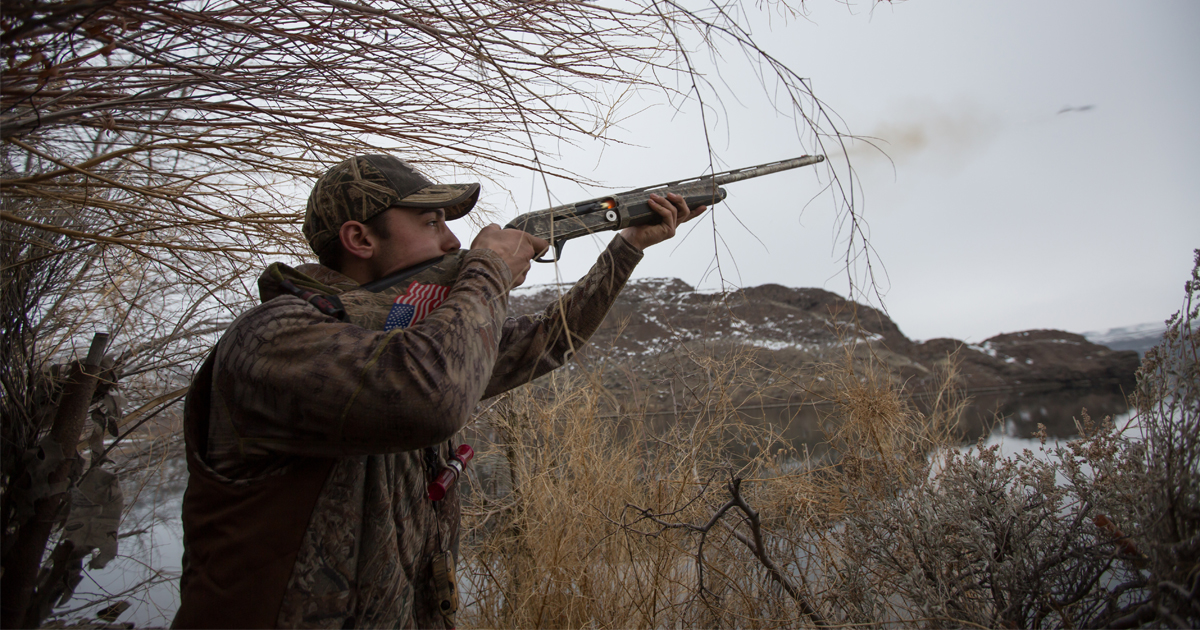 Would you rather have blistering speed or pack more pellets?

When non-toxic shot laws went into effect in 1992, the initial steel shells were abysmal. Soon, ammunition engineers and hunters learned that an ideal lead waterfowl payload — say 1½ ounces of No. 6 exiting the muzzle at 1,300 feet per second — produced terrible results when swapped for lighter, energy-shedding steel.

A breakthrough was achieved when manufacturers began offering shotshells with larger steel pellets and smaller charges delivered at higher velocities, such as 3-inch shells packing 1¼ ounces of No. 2 steel at about 1,400 fps. Given this refinement, plus improved wads and other advancements, steel loads have become substantially better.

And if smaller and faster steel loads are better, some people reason, why not go even smaller and even faster? Thus “high-velocity” duck loads, commonly a 3-inch shell accelerating 1⅛ ounces of shot to a blistering 1,500+ fps, are offered by practically every major manufacturer of steel shot.

Are they advantageous? Let’s compare the merits of shells packing added velocity versus those that sling more shot.

Does Speed Kill?
The key benefit to loading your magazine with high-velocity steel is that it hits hard and tends to reduce the forward allowance otherwise known as “lead” — certainly when directed at committed ducks. For decoying birds, I’ve found ultra-fast loads often allow me to simply focus on the greenhead’s bill and pull the trigger.

However, I disagree with the notion that high-velocity shells provide much of an advantage beyond 35 yards — which is where many proponents argue they shine most. It makes sense: If pellets are traveling faster at the muzzle, then why wouldn’t they carry more downrange, duck-smacking energy at 40 yards? Trouble is, this common assumption contradicts the laws of physics.

As noted by Tom Roster, a shotgun author and ballistics consultant, the faster a ball (pellet) is accelerated, the faster it decelerates. This is why, Roster says, a pellet traveling 150 fps faster than another pellet of the same size and weight will have shed nearly all its ballistic advantage by the 40-yard mark.

Additionally, stronger G-forces are exacted upon speedy pellets, causing high-velocity patterns to open more quickly. This wider pattern will also offer weaker pattern density, given that fast shells typically necessitate smaller payloads, lest safe chamber pressures are exceeded. Therefore, if I intended to stretch the max range of a high-velocity load, I’d carefully pattern it with the tightest steel-safe chokes at my disposal to ensure the fewest duck-sized gaps at my intended distance.

I sometimes prefer speedier steel inside of 30 yards when quick, snap-style shooting might be required, such as for wood ducks zipping along canopied creeks or mallards weaving through the timber. When time is of the essence, it’s nice to take calculating the lead out of the equation.

It has required years of hunting for me to reach these conclusions. I once wrote a piece extolling the virtues of small, high-velocity payloads for decoy-shy, late-season ducks.

Does Pattern Density Kill?
The irony is that today’s large, slow duck loads would’ve been considered small, high-velocity charges back in the lead-shot era. Something clearly had to change to improve the performance of steel shot, but in my experience, ammo makers have found the sweet spot: Further attempts to reduce and accelerate the shot beyond 1,500 fps have provided little payoff under most conditions.

Perhaps you’re tougher than me, but I find the recoil generated by a 1,400 fps shotshell to be an adequate acknowledgement that I pulled the trigger. Also, a 3-inch shell sporting 1¼ ounces of No. 2 steel sends roughly 155 pellets downrange, while 1⅛ ounces of No. 2s offers about 140 — which will spread more widely with every yard. Given that two to three pellet strikes are required to promptly and consistently dispatch birds, slower duck loads are arguably more lethal for general hunting applications.

That might not be true if you are a wingshooter who actively attempts to ascertain lead, rather than directing your shotgun instinctively. The former tends to hit more close, decoying ducks with high-velocity loads, given the few less inches of lead required by high-velocity steel.

In fact, one manufacturer claims its scorching-quick 1,700 fps load reduces lead by 8 inches at 40 yards. If that helps you hit more ducks skirting the decoys, then your long-range mental calculator is more accurate than mine. Assuredly, determining that fact will leave our shoulders equally battered.

Decision Time
Ultimately, the choice between high-velocity duck loads and standard offerings has some to do with your preferred hunting methods, but it’s best settled by answering the following question: What gives you confidence?

If you think a smaller, faster load will help you nab more mallards than a larger, slower charge, then it probably will. Wingshooting is mental, perhaps more so than any other form of marksmanship. When you mount a shotgun thinking good thoughts, they’ll likely come to fruition.