Skip to content
Previous Next
In Defense of Shooting Spoonies

In Defense of
Shooting Spoonies 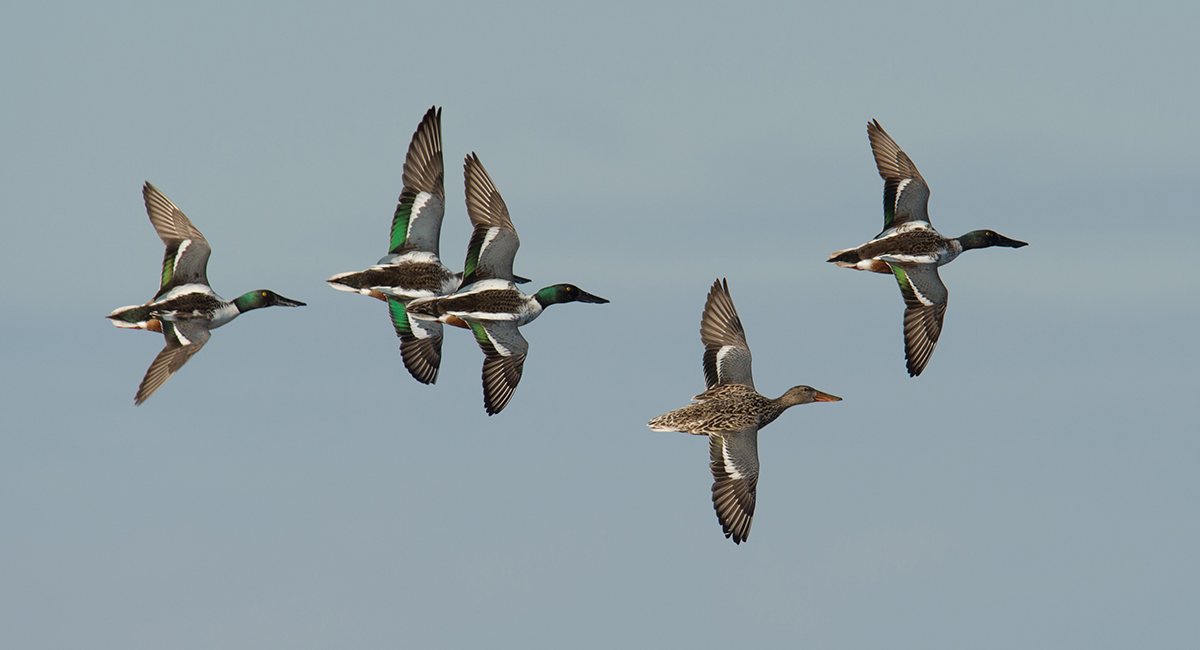 The horizon was a sea of amber marsh grasses concealing a seemingly endless array of small wetlands. My first trip to North Dakota — indeed my first time hunting the Central Flyway — was a stark contrast to the creeks, rivers and lakes to which I was accustomed in Pennsylvania. And as the sun rose, the teal flew. We’d already laid into two flocks when a third gathered across the grassland, dipping and diving as a single unit en route to us.

But when the birds banked, offering a perfect angle for the morning’s gentle rays, their greenish-black heads and white breasts revealed that these weren’t teal at all. No, even better: I was about to get a crack at my first northern shoveler! I picked out a drake, attempted to subdue the “first duck” shake coursing through my fingertips and swung ahead of its black, oblong bill. My first drake spoon tumbled to the marsh.

“I’m going to mount that spoonbill!” I exclaimed like a child to my companions, my excitement overwhelming any sense of humility.

I was so elated when the taxidermy crate arrived at my tiny post-college apartment that I removed a photo of my mother in-law from the wall — what with the limited space and all — and hung it in the kitchen area. A curious place for taxidermy, but hey, the duck’s bill is, after all, a utensil.

I admired my shoveler every morning over breakfast, enjoying the memory of my big trip west. It was years later when I realized that my North Dakota friends had surely chuckled at my exhilaration. I had no idea that spoonbills carry an almost negative connotation in areas where they’re seen so frequently — where hunters pass on them lest ducks they consider more prestigious arrive later.

However, here in Pennsylvania, our duck straps typically consist of wood ducks, mallards, and black ducks, but I’ve yet to shoot a spoonbill in my home state. If a shoveler decoyed with a greenhead, I suspect many duck hunters would shoot the spoon and cherish it as a rare prize.

Yes, one man’s “trash duck” (a term I abhor as disrespectful, by the way) is another’s trophy. Thus, I argue, our system of ranking ducks based on prestige — which generally lists mallards, canvasbacks and pintails at the top and spoonbills somewhere just above coots — is merely a social construct.

Perhaps the shoveler needs a better public relations representative. If offered the job, my first order of business would be changing his name to the “spoon-billed teal,” in acknowledgment of its close relation to two prestige ducks: cinnamon and blue-winged teal. An ensuing advertising blitz would call attention to the fact everyone admires the lovely wings of the shoveler’s teal cousins, yet we ignore the spoonbill’s nearly identical green speculum and powder blue wing patches. Shovelers are also somewhat teal-like in flight, swift and challenging, if not less erratic.

Of course, there’s one final similarity between spoonbills and teal: If one crisscrosses my spread, I’m shooting.