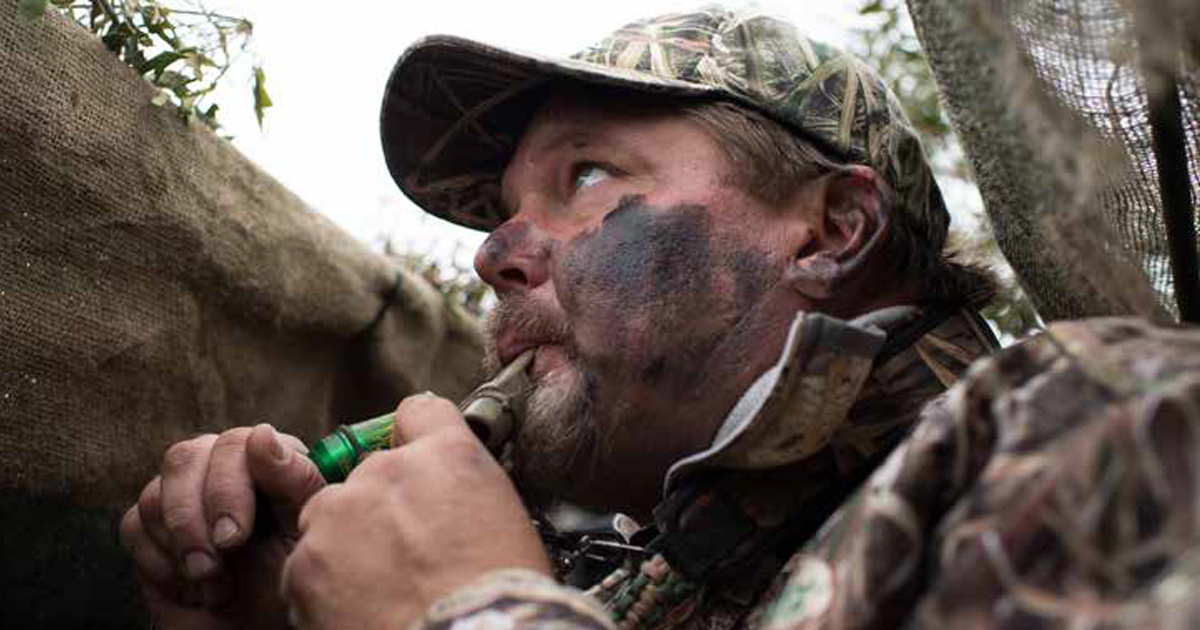 The familiar quacks, chuckles and highballs of hen mallards dominate duck calling, and for good reason. Mallards are the most common North American duck, and many other species also respond positively to mallard vocalizations. 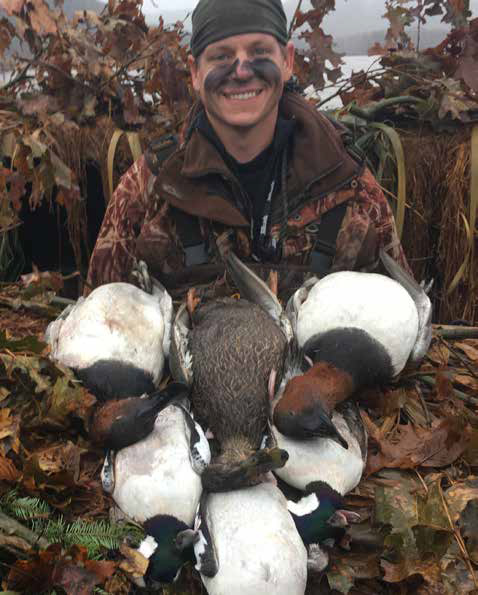 But sometimes, other types of ducks respond better to species-specific sounds. That’s why mastering a broad lexicon of waterfowl talk can help fill straps with colorful mixed bags.

“I carry a few different types of calls and mirror what sounds I’m distinctly hearing as ducks are doing their normal things, such as feeding, fighting, preening or loafing,” said Jeremy Dersham, owner of Ridge and River Running Outfitters, who guides on the Mississippi River’s waterfowl-diverse Pool 9. “It’s extremely common to have wigeon, teal, gadwalls, mallards and pintails loafing in small pockets and have redheads, canvasbacks and ringnecks rafted up a few hundred yards away. And the sounds they make are incredible.”

Quacks and ‘Blats’
Hens of many duck species utter quacks, and you don’t need specialized calls to imitate most of those vocalizations.

“I will change the cadence on my mallard call to mimic gadwall hens, shoveler hens and so forth,” said Justin Martin, general manager of Duck Commander.

Hen blue-winged teal emit a nasally, high-pitched, five-note quack that’s somewhat similar to that of a mallard. To perfect it, however, you must learn to purse your lips and force air differently through the call.

“The call I use the most even with mallards circling — if they’re not calling themselves or seem call-shy to mallard hen calls — is the drake gadwall grunt,” he said. “I tune a mallard call to give me the low, guttural grunt. No special gadwall call, just a standard single-reed that can serve double duty as a mallard and gadwall by opening and closing my throat and controlling air pressure. The gadwall call seems to put pressured ducks at ease and will get them to commit even when the lowest-volume mallard hen quacks flare them.”

Whistles and Peeps
Whistles might be the most common duck sounds after quacks. Wigeon react well to imitations of their distinct, nasally, three-note whistle. Wary pintails often finish better when seduced by their short, trilling whistle. And drake green-winged teal sometimes check out imitations of their brief high-pitched “pops.” You can imitate any of these vocalizations on a simple whistle call. In fact, you can even produce acceptable pintail calls on a dog whistle.

“I use my teal call and pintail whistle probably as much as I do a mallard call,” Martin said. “When the ducks make it down here, they have seen and heard everything, so you generally have to switch things up to be successful. I match my calls to my decoy spread as well. I won’t use a wigeon whistle if I don’t have any wigeon decoys. The key is realism, and those ducks can see who is at the party you are trying to sell to them.”

The classic “hoo-eek” of a flying wood duck might loosely qualify as a whistle, but woodies have far broader vocabularies, including some very odd sounds. Many hunters report little success using specialized wood duck calls, as woodies typically travel directly to feeding, loafing or roosting areas with almost no interest in fraternizing with other ducks. Still, learning to mimic these sounds can be fun and challenging, and you never know when they might help.

The classic “burr, burr” sound of bluebills and redheads is most commonly associated with diver hunting. You can easily reproduce this with a commercial diver call or on a mallard call by rolling the R’s in the “burr” with your tongue. I’ve even seen people use their natural voices, albeit with little success.

Hen canvasbacks often use a brief, raspy quack note while resting on the water. Imitating that on a mallard call might convince bulls to visit your spread.

In my experience, ringnecks respond better to calling than other divers. I’ve even seen them zip from the stratosphere and land after hearing a few “burr” notes. This seems somewhat odd, as ringbills have a vocabulary far beyond simple “burrs,” often grunting or chattering. Still, that standard call seems to work better on them than other divers.

Get Started
Learning the various calls of multiple duck species isn’t difficult. As with mallard calling, it simply requires observation and practice.

“It doesn’t take long to master a few sounds of each type of species,” Dersham said. “I want to emulate exactly what these ducks are doing and the sounds they are making when they’re in their natural, relaxed environment. One of the greatest times of year to hear these different sounds is during spring. As the birds start making their way back to their northern breeding grounds, everyone has the opportunity to witness waterfowl. Personally, this is where I’ve received my best education on what calls to bring in the boat and blind during fall.”

Expand your duck vocabulary beyond mallards this season. Grab a whistle and a mallard call — maybe even special gadwall and diver calls — and get started. If nothing else, the process will be fun and provides an excuse to buy a few more calls. Better, it might bring more birds within range when standard mallard talk fails.