A couple dozen aspiring waterfowlers listened intently as Scott McGuigan, development director for Delta Waterfowl, demonstrated the fundamentals of calling ducks and geese at Delta’s Waterfowl Hunting 101, an event held Aug. 20 at the Silver Willow Sporting Club near Calgary, Alberta. The attendees, who ranged in age from 13 to 40, were then handed their first duck and goose calls and encouraged to give them a try. You can imagine the raucous that ensued.

“The kids really got into it,” said Emily Lamb, Delta’s regional director for western Canada. “The calling demo was definitely one of their favorite parts of the day.” 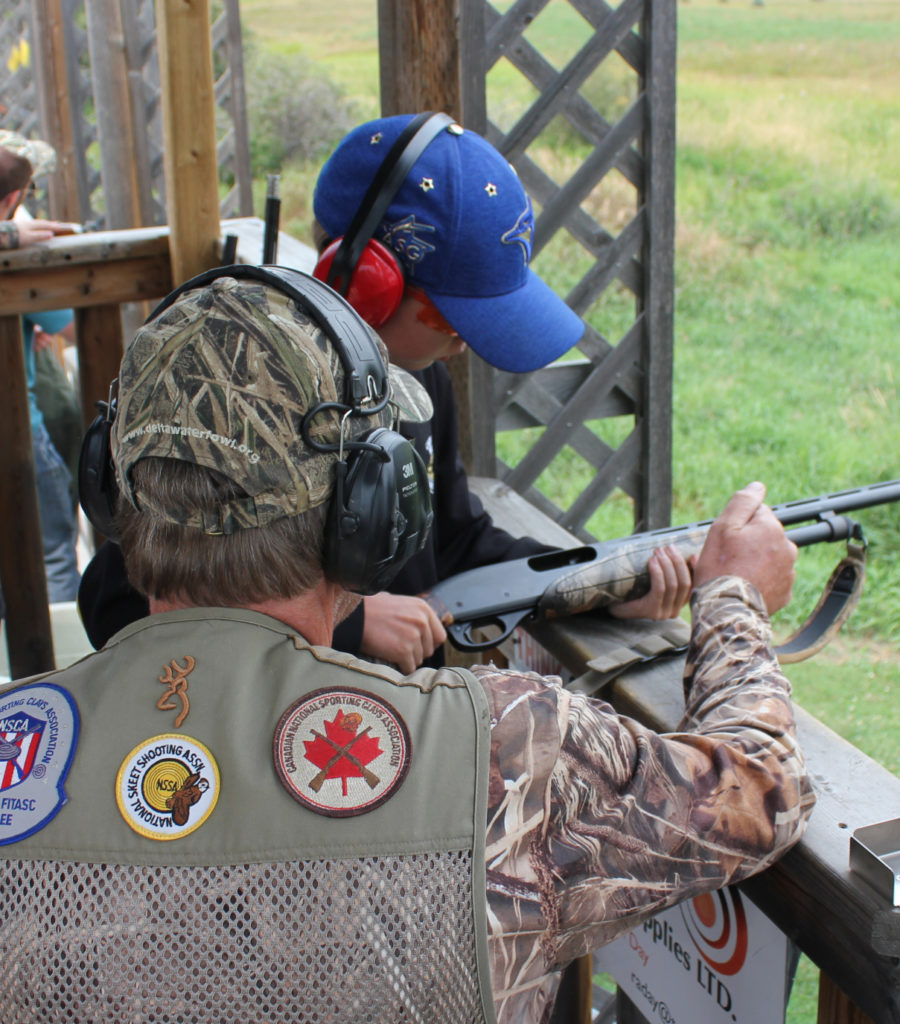 “Events like these are the best investment that can be made toward ensuring the immediate and long-term future of waterfowl hunting in North America,” Lamb said. “It’s been tough times for hunter numbers in western Canada, so anytime we can get a group of all ages connected and excited about duck hunting, it’s so beneficial.”

In addition to calling waterfowl, participants got to bust a few clays, observe a retriever demonstration, learn to identify ducks, select equipment, place decoys, scout and ask for hunting permission. They also gained a better appreciation for hunting’s essential role in conservation.

“As importantly, people discovered a community of folks to call and practice shooting or go hunting,” Lamb said. “That’s critical, because duck hunters tend to be scattered in parts of Alberta. Participants in the course left feeling they had the opportunity to actually apply what they’d learned — to go duck hunting.”

Those in attendance also went home with free duck and goose calls, Delta Waterfowl hats and other waterfowling gear. The events as well as other youth initiatives in Canada were made possible by generous donations from Wildlife Habitat Canada, as well as Ron Mannix, Fred Mannix and Bill Turnbull, of Calgary, Alberta.

Delta plans to hold four Waterfowl Hunting 101 courses in the province next year.

“The courses are a great way to jumpstart hunter-delivered First Hunt events in Alberta and surrounding provinces,” said Joel Brice, vice president of waterfowl and hunter recruitment programs for Delta Waterfowl. “The Duck Hunters Organization is rapidly expanding in western Canada, and we expect First Hunt to become as successful a hunter-recruitment tool there as it is in the United States and eastern Canada.”