Skip to content
Previous Next
Waiting for the Big Flight

Waiting for the Big Flight 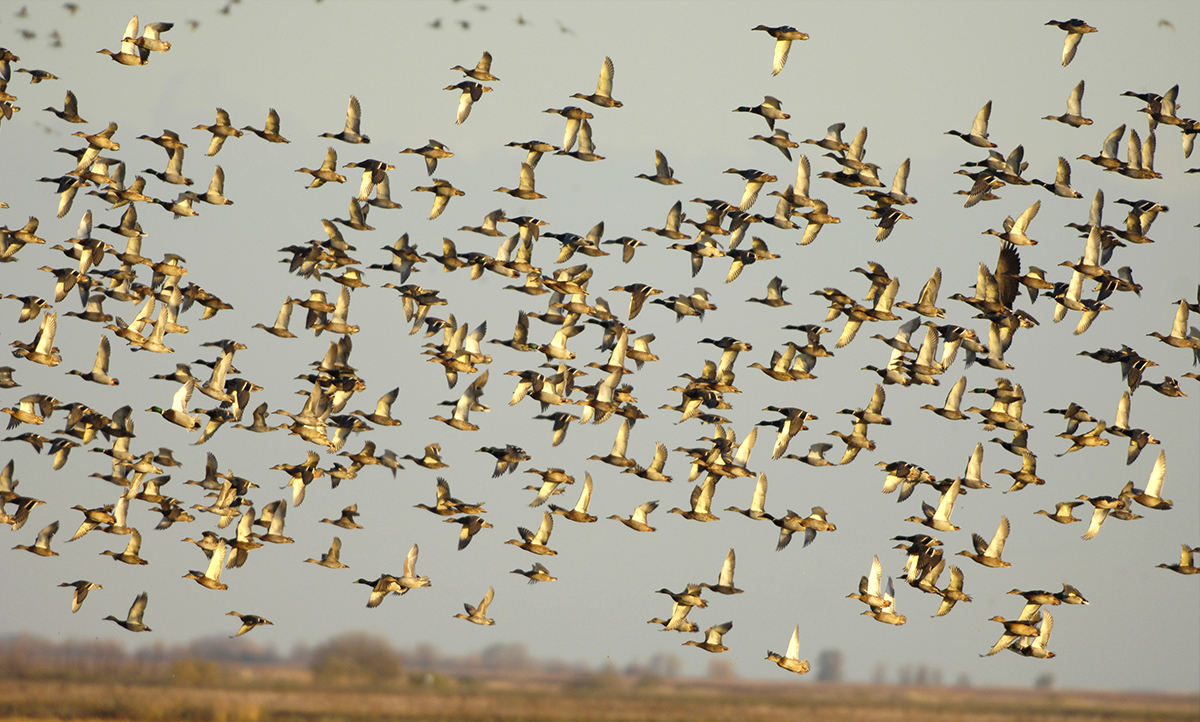 It was 70 degrees in Pennsylvania last Christmas, and everyone rejoiced — everyone, that is, except the waterfowlers. More miserable yet, the extreme warmth was no isolated incident, but just another day of a season-long trend that threatened to leave much of the continent’s duck hunters frustrated and doing the unthinkable: buying poultry from the grocery store mid-season.

“Maybe you should try deer hunting,” my wife said. “Katie’s husband just got a buck and we could sure use the meat.”

A reprieve from my struggles arrived in the form of an arctic blast during early January, finally delivering a sizable push of mallards and forcing the energy-starved birds to establish predictable feeding routines. I hunted most every day, making up for lost time and bagging enough greenheads to partially justify my tub freezer. I shot two drakes here, three there, and finally one day I arrived home with four of the fattest mallards I’ve ever stuck to a strap.

Just as I’d thought the season was lost — I’d already readied a letter of apology to the U.S. Fish and Wildlife Service for volunteering for a federal wing survey and having nothing to contribute — it all turned around. Isn’t that the beauty of waterfowling? Our prospects can change literally overnight.

The upland bird hunter’s fortunes are unlikely to waiver much throughout the season, and avid deer hunters generally have a sense of what bucks inhabit their properties. However, the waterfowler might get skunked for weeks on end, yet he or she knows that just one frigid north wind could deliver “The Grand Passage,” scores of migrant ducks and geese winging hundreds of miles south to our spreads.

If your season has closed, I hope the birds arrived for you in time. For the rest of us, with any luck, a Grand Passage of waterfowl is destined to arrive earlier this year than last, when I had but 10 days left to hunt. Regardless, the phenomenon’s power is undeniable. How else would I be able to look back on a season in which I shot nary a duck for the first 50 days and think, “Man, what a year!”

I had a sense of satisfaction heading into the final weekend of waterfowling, but my wife expressed concern.

“I’m happy for you, but are you sure you’re getting enough sleep?” she asked. “I think you should take tomorrow off.”