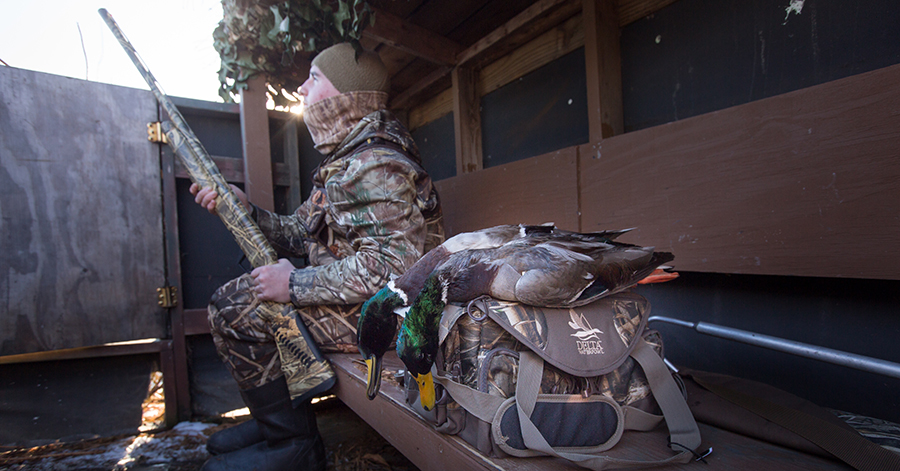 BISMARCK, NORTH DAKOTA — The U.S. Fish and Wildlife Service and Atlantic Flyway Council intend to reduce the mallard limit in the Atlantic Flyway to two birds daily, both of which may be hens, for the 2019-2020 season. Delta Waterfowl questions this harsh reduction, and believes a limit of three mallards daily, with only one hen permitted, would be more suitable to hunters and more helpful to recovering mallard numbers.

“Reducing the limit to two mallards daily, but still allowing two hens in the bag, makes absolutely no sense to me,” said Dr. Frank Rohwer, president and chief scientist of Delta Waterfowl. “We think a three mallard/one hen limit is a vastly more logical solution.”

The move by the USFWS and the Flyway Council is in response to population surveys and other data that indicate breeding mallards in the northeast United States have declined about 20 percent since 1998 (eastern Canada’s mallards are steady to increasing). In recent years, the hunter harvest rate under a four mallard/two hen daily limit has exceeded what USFWS population models suggest is allowable to sustain the breeding population.

The goal of the USFWS/Flyway Council plan is to reduce the eastern mallard harvest rate. Delta Waterfowl believes a limit of three mallards (one hen) daily would better meet the required reduction in harvest rate, particularly due to its emphasis on the vital hen population.

“Clearly our suggestion of one hen mallard per day would further decrease the hen harvest, which is truly what matters most,” Rohwer said. “A three-and-one limit would also help correct the drake-skewed eastern mallard sex ratio — which is believed detrimental to duck production and appears to be getting worse — without unnecessarily punishing hunters with a very restrictive overall bag limit.”

Delta’s suggested limit has proven far more popular with waterfowlers. In May, The Duck Hunters Organization delivered a survey to all Atlantic Flyway members. In it, 63.9 percent of the 1,220 survey participants favored a limit of three mallards/one hen. Only 81 respondents, or 6.6 percent, supported the USFWS/Flyway Council proposal of two mallards/two hens. Another 11.6 percent supported four mallards/two hens for a 30-day season (with 60 days for all other ducks). Surprisingly, 17.9 percent favored a two-mallard limit with one hen.

Armed with the survey data, Delta offered its alternative mallard limit to the USFWS and the Flyway Council, and suggested that harvest analysis be performed. Both have declined.

“The current USFWS administration has demonstrated that it’s pro-hunting, notably by increasing hunter access on national wildlife refuges, and requiring a hunting element in this year’s Federal Duck Stamp contest — both fantastic moves,” Rohwer said. “The USFWS has the smartest migratory bird biologists in the country, and we believe they could’ve easily done a three-and-one limit analysis from the start or could evaluate it before a final decision is made. The reality is the analysis may say a three-and-one limit won’t work. If that’s the case, fine, but it has to be explored.”

If no action is taken, in October the USFWS two-mallard limit will become part of Atlantic Flyway regulatory frameworks for the 2019-2020 season.

“I’m calling on every Delta Waterfowl member and duck hunter in the Atlantic Flyway to contact their state waterfowl biologists and the USFWS,” Rohwer said. “It’s time for you to ask your biologists and administrators the same questions we’ve been asking for months: Why is a two-mallard limit the only proposal on the table, why not analyze a three-and-one mallard limit, and why isn’t everything possible being done to best serve duck hunters while also ensuring the health of eastern mallard populations?”