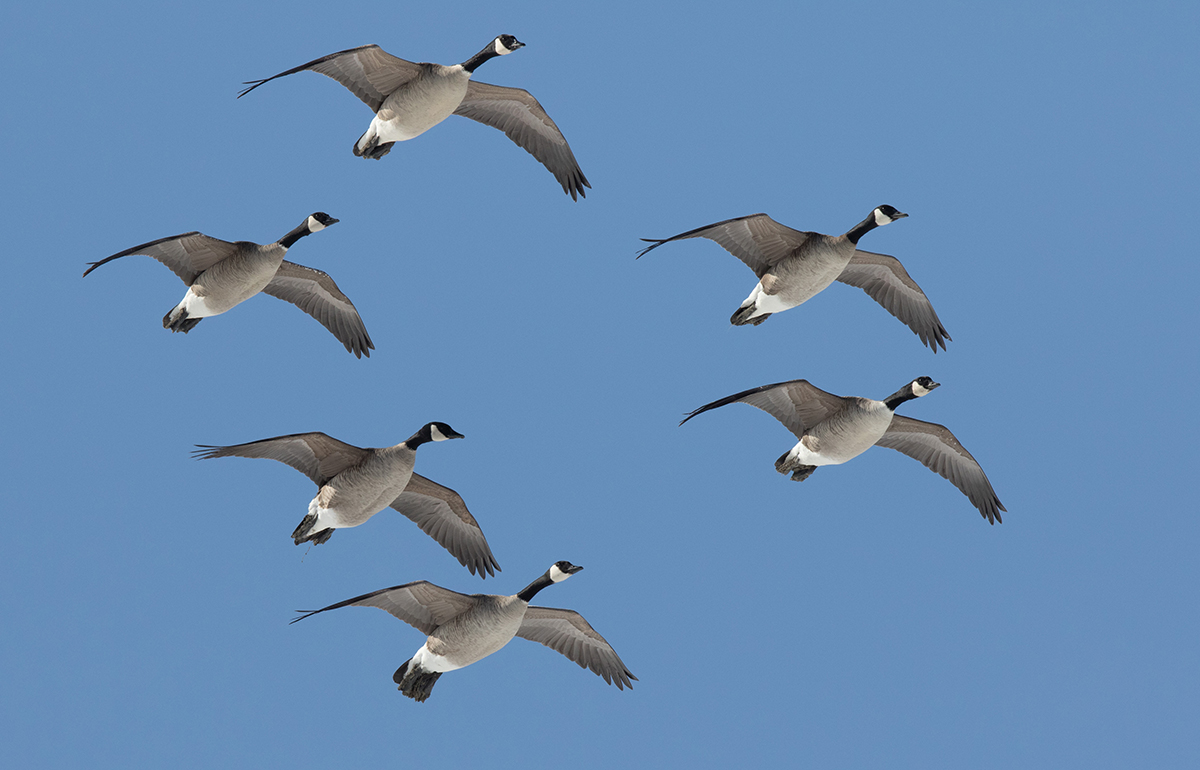 If hunting giant Canada geese is your favorite fall activity, it might be advisable to buy a couple extra boxes of magnum steel shot and make sure your honker decoys are ready for hard use.

That’s certainly the situation in North Dakota, where the state’s breeding waterfowl census reported 335,000 nesting Canada geese, a 6 percent increase from 2019, and the third-highest breeding population on record there. Even better news: Coupled with good snowpack and a wet spring, goose production is strong.

“There’s a lot of Canada geese,” said Michael Szymanski, migratory game bird supervisor for the North Dakota Game and Fish Department. “We had water in the seasonal basins, and recorded the sixth-highest wetland index this spring. Canada goose production was good across eastern North Dakota, and most of the northwest part of the state. It was likely a Top 3 production year for geese.”

Although Wisconsin wasn’t able to conduct the state’s annual breeding waterfowl index because of Covid-19 concerns this year, all indications are that Canada geese had excellent reproductive success again in the Badger State. In 2019, Wisconsin estimated 171,407 Canada geese, a number that almost certainly would have been higher had the 2020 index occurred.

“I have been both traveling across the state on banding trips for ducks and communicating with the public and staff, and 2020 looks like an exceptional year for local goose production,” said Taylor Finger, migratory game bird ecologist for the Wisconsin Department of Natural Resources. “The water levels, spring conditions and weather all looked like it was a great spring for Canada geese. Our expectation is that things are going to be looking good for the upcoming hunting seasons, especially as it relates to crop production and the likelihood of early harvest and availability of good hunting fields.”

Goose production reports coming out of Canada are much less positive. In fact, white goose hunters might be facing another season reminiscent of the 2018-2019 campaign, during which snow goose flocks contained nearly all adult birds. Simply stated, it’s expected that the 2020 breeding season for mid-continent snow geese was a bust, with very few goslings produced.

“Spring was quite late this year, with 40 centimeters (about 16 inches) of snow still on the ground in the second week of June,” he said. “It was a late, cold spring, so things do not look good in the Eastern Arctic for light goose production.”

Baldwin’s report comes with an important caveat: Because of the threat of bringing Covid-19 to native communities, researchers were not allowed into key nesting areas in the far north, so most goose population studies and banding work simply did not occur there this summer. As a result, biologists have very little data on this year’s hatch. That said, arctic weather conditions in 2020 mirrored those of 2018, which was a terrible year for light goose production.

The picture isn’t quite as bleak from Central Arctic regions, according to Baldwin. In northern Manitoba, banding crews marked 20 percent juvenile snow geese, albeit in a very small sample size of 500 birds. There too, spring was late in arriving. Baldwin said the smaller races of cackling and Canada geese that breed in the region were likely affected by colder, wetter weather than that of a typical spring. Below average production is expected.

Overall, most populations of geese in North America are healthy. Migrating flocks of the northern-most nesting species — such as lesser snow geese and cacklers — are likely to contain mostly adult birds this season. Meanwhile, if you hunt giant Canada geese, expect a lot of juvenile birds. The flight forecast is truly a mixed bag for the 2020-21 hunting season.

The best advice? When the goose season opens in your area, gather your gear and go hunting. You can’t shoot ’em from the couch. — Paul Wait