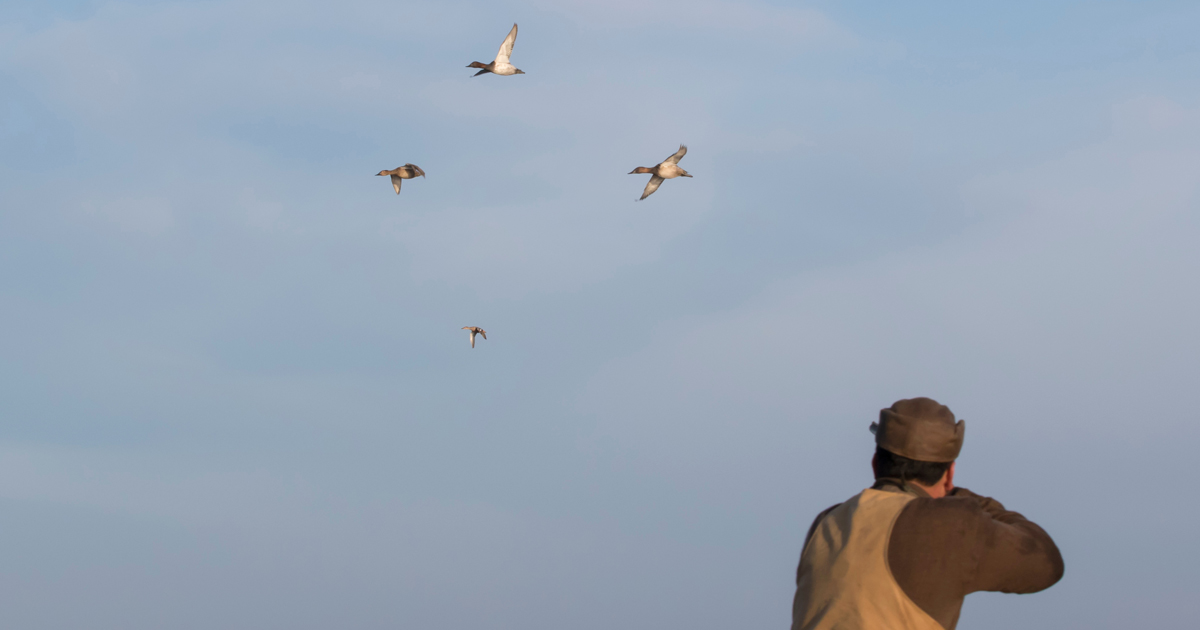 The brilliantly adorned January greenhead slipped in on cupped wings, then hovered like a helicopter over my edge of the spread. I fired. And missed. I fired again as the bird towered, then once more at its rump without scraping a curled feather.

“What happened on that one?” my buddy asked.

This was a time for caution. My instinct was to reply, “I don’t know, Vanilla Face, I just missed,” but that would’ve suggested my skills as a wingshooter were to blame. And as we all know, you never admit fault when you come up empty on a duck attempting to throw itself into your skillet. You didn’t pull your head off the stock, stop your swing or flock-shoot. You fell victim to an unexpected, unavoidable, physics-defying set of circumstances.

The beauty is that, as in a criminal trial, you only need to raise reasonable doubt. Here are some excuses — err, explanations — to tuck in your waders for next season.

“This is the last time I ever shoot my cousin’s handloads.”
Every family has a black sheep. Yours is bad with tungsten.

“I waited so long for you to shoot that it threw off my timing.”
You’ve shot so many ducks that these days, your only concern is the enjoyment of your blindmates. But, you warn, maybe next time you won’t be so generous.

“I had the wrong choke tube in.”
The key here is to wait until hours after the hunt has concluded, so no one can prove that you were not in fact shooting a cylinder choke.

“The sun was in my eyes.”
Remember, always set up with the sun in your face for this ready-made defense.

“I can barely see the ducks against these overcast skies.”
If there’s no sun, blame the lack of sun.

“This gun just doesn’t fit me unless I’m in a heavy jacket.”
It’s not you. It’s Climate Change. By the end of this discussion, everyone will be so uncomfortable they’ll forget you missed.

“Did you see that duck jump my shot string?”
Waterfowlers greatly underutilize this classic bow-hunting excuse.

“My safety stuck.”
Regardless why you missed, always glance inquisitively at your safety and check the action for mechanical malfunction.

“You called the shot too soon!”
Of course you missed. You like it when ducks finish, unlike your skybusting shot caller.

“It’s hard to adjust for these big, slow mallards when you’re used to canvasbacks.”
Though you’ll come across as a braggart, who could blame a man accustomed to fastballs for missing the occasional changeup? Note: A mallard hunter who goes diver hunting could use the inverse of this excuse.

“I didn’t want a spoonbill in our bag, so I shot to scare it away.”
You also don’t shoot mergansers or hens or banded pintails or …

What’s the best excuse for a missed shot you’ve ever heard? Let us know in the comments section.